Earthflight is a stunning picture book created to accompany the recent BBC series. Using groundbreaking technology the programme makers managed to follow birds into the air and see the world through their eyes.

The book covers a wide range of birds from around the globe, capturing each in action in their natural surroundings. The majority of the book is made up of whole page photographs, organised by continent, with small captions describing the bird pictured: 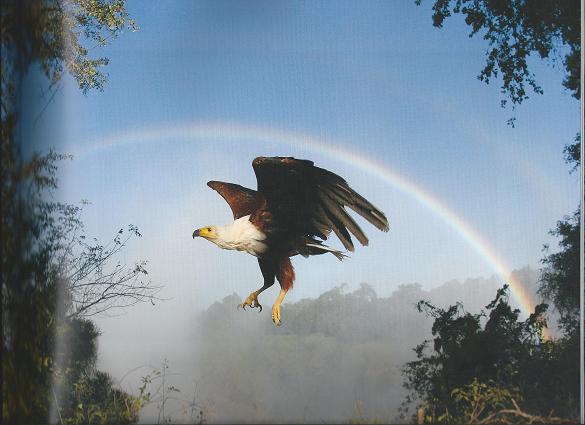 The photographs are a combination of traditional close-ups, taken from ground-level, and images of birds in flight, taken from the air. These aerial shots offer a new view from the bird’s perspective, but many of them were of a lower quality; either because they were taken using smaller cameras attached to the bird or because the ground was blurred/less interesting.

I thought some of the photographs were impressive, but as I’m not an ornithologist I began to lose enthusiasm as I leafed through dozens of photographs that were essentially the same, but each with a different species of bird. For this reason I think it has less appeal than books like Frozen Planet, where almost every picture was outstanding. 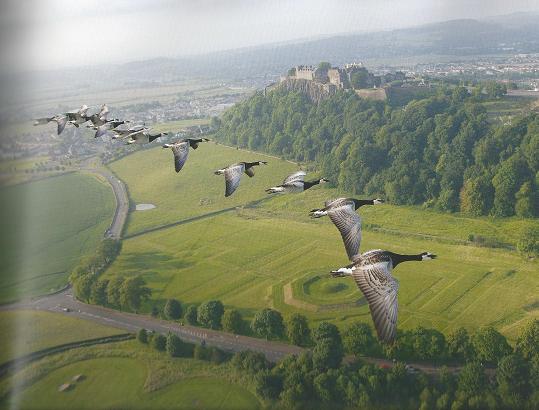 The final chapter detailed the techniques used to capture the images, explaining how people with special relationships to individual birds encouraged them to take to the air using microlights and how model planes/gliders were adapted for photographic use. This section was the most interesting to me and I enjoyed reading about the problems faced by the team and how they overcame them.

This is a good accompaniment to the series, but I’d only recommend it to people who have a special interest in birds.