We’re now halfway through the Blog Improvement Project! This is a great time to reflect on what we have achieved and decide which things need more attention in the coming months.

Since starting the BIP 6 months ago my blog has come a long way:

I now have 5x more comments on each post and 5x more unique visitors per day.

Thank you to everyone who has read or commented on my blog!

What BIP task have you liked most?

My favourite task was blog post bingo! The idea was write ten different types of blog post within a two week period. It was really hard work, but I realised that my blog really benefited from the diversity it created. One of the posts I wrote for that challenge is still one of my most popular posts today: How to put boxes around your text – an idiot’s guide!

What BIP task have you liked least (including ones you have skipped)?

My least favourite was Blog Improvement Project Week #10: Linking with Anchor Text. There wasn’t anything wrong with it, but it didn’t require any of the fun challenge or community building aspects of the other tasks.

What are the top three things you still would like to work on this year?

I need to improve on the technical aspects of my blog.

Are there any blogging-related topics you feel like you know a lot about and would be willing to write a BIP guest task on?

I can’t think of any, but I’m happy to research a topic and write about it. If there is anything you’d like to know – just ask and I’ll do my best to find the answer!

Any other comments about the BIP?

The Blog Improvement Project has been really useful for me. I have learnt a lot, and it has really helped my blog to become what it is today. Thank you Kim!

The results of The Audies 2009, the award for audio books, were announced recently. I love listening to audio books, but until recently I have only been able to listen to them in the car. Then last week my lovely husband bought me an iPod for my birthday, so now I can listen to them while I do my housework.

It is quite hard to find good audio books, as it takes more than a great book to make an entertaining listening experience. For this reason I am going to concentrate my 2009 audio book listening on the Audie list.

I didn’t realise that the Audies gave out so many different awards, so I can’t name them all, but here are the ones which caught my attention.

Audio Book of the Year 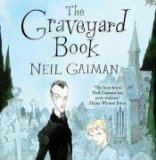 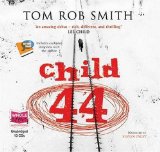 The only one of these I’ve actually listened to is The Guernsey Literary and Potato Peel Pie Society  and I loved it! The fact the book is written entirely in letter form makes it perfect for listening to, and I think it makes character recognition a lot easier, especially in the early stages of the book.

I have read Mudbound, it was one of my favourite reads of 2008, so I won’t be listening to it, but if you haven’t read it yet, then why not seek out the audio book version?

I’ve tracked down a copy of Child 44 at a library not far from me, so I plan to listen to that soon, and then I’ll try to find The Graveyard Book somewhere. Hopefully you’ll see a lot more audio book reviews on this blog now. I’m looking forward to listening to some great books!

Have you listened to any of these books?

What is your favourite audio book?

Winner of the Commonwealth Writers’ Prize 2009

I think that The Slap is the most male book I have ever read. If you want to gain an insight into the male mind, then this book is essential reading, but I warn you that it isn’t a pretty sight. It is packed with swear words, thoughts on sex and an obsession with ‘the male dangly bits!’ This book is the male version of ‘chick lit’ and gives an insight into a male’s view of society that is rarely talked about.

The book begins at a suburban barbecue, where a three-year-old child is running riot. The father of another child slaps the toddler, as the toddler tries to injure his son. Everyone is shocked, and the guests at the barbecue are divided between those who thought the three-year-old’s parents should have had more control over their son, and those who thought that no-one should ever slap a child, especially one who isn’t there own. The book switches between the views of several guests at the party, and I loved the way that my opinion was changed after hearing things from each new perspective.

…These kids, they’re unbelievable. It’s like the world owes them everything. They’ve been spoilt by their parents and by their teachers and by the fu**ing media to believe that they all have these rights but no responsibilities so they have no decency, no moral values whatsoever. They’re selfish, ignorant little s**ts. I can’t stand them.

The debate over parental responsibility and slapping has caused a big stir in Australia, where this book originates, but I think this book covers all angles of the subject well. The book is easy to read, fast paced and has a satisfying ending.

The graphic sex, abusive language and controversial subject means that this book isn’t for everyone, but it will generate debate and isn’t that a great thing for a book to do?

Have you read this book? Were you shocked and offended?

Do you think it is right for such a graphic book to win a prestigious prize?

Matthew’s raving about The Master and Margarita persuaded me to buy a copy, and I am very pleased I read it, although it has to be the most bizarre book I have ever read!

The book is set primarily in 1930s Moscow and begins with three men arguing over the non-existence of God. Suddenly a stranger appears, and amused by their conversation, asks if they believe in the devil either. The stranger goes on to predict that one of the men, the poet Berlioz, will die, which he does in a shockingly quick and bizarre way.

The others are stunned by his death, but this is only the beginning of the weird events which go on to occur. The stranger claims to be a professor of black magic and he brings with him a six foot tall cat called Behomoth who smokes cigars. The plot gets stranger as it continues, and also alternates between the trial of Yeshua (Jesus) in Jerusalem. It is really hard to summarize the book, as so much happens, but it is packed with action, inventiveness and political/religious satire.

I have to admit that there were many aspects of the book I didn’t like, and I’m sure that a lot of the religion and politics went over my head, but the inventiveness of this book was amazing. There were many parallels with Murakami, and I am also spotting similarities between this book and 2666, which I am currently reading with Steph and Claire.

Overall, I’m really pleased that I read it, as I think it is an important piece of literature, but I prefer my books to be based slightly closer to reality.

The Master and Margarita website is one of the best website for an individual book I have found. It even contains maps showing where each event occurs. Only take a look if you’ve read the book though, as it is packed with spoilers.

Have you read The Master and Margarita?

What is the weirdest book you have ever read?

Tim Winton won the Miles Franklin award for a record fourth time with his latest novel Breath. I still haven’t got round to reading any of his books, but I plan to read Cloudstreet very soon.

The ANONthology project sounds great. They have published a book of short stories by nine different authors, including Chimamanda Ngozi Adichie, Joyce Carol Oates and many lesser known writers, but they aren’t letting you know which author wrote which story. The aim is to guess, and there is a prize for one of the people who guesses correctly. I’ll definitely be taking part in this challenge and will be reviewing the short stories over the coming weeks.

I have seen authors comment on a book review before, but never their husband, especially one who isn’t complimentary!

Book, Line and Sinker showed us her beautiful book embosser. If I kept any books once I’d read them then I’d buy one straight away!

I saw the trailer for Time Traveller’s Wife for the first time this week. I was really worried that they’d ruin one of my favourite books, but the trailer was so good I actually had a tear in my eye watching it! Haruki Murakami fans snapped up his latest novel 1Q84 after five-year wait, unfortunately we still have to wait for it to be translated into English.

I didn’t even realise that the little icon in the address bar was called a favicon until I read Hey Lady! Whatcha Readin’s excellent post on how to add them.

Finally, Maw Books told us about the Website Grader site. You just type in your blog’s address and it gives you a report highlighting where you can improve things on your blog, and how your site ranks against all the other ones out there. I love statistics, so could play with it for hours!

Matthew is hosting a read along for The Tale of Genji.  This week we have read chapters 5 – 9.

I am still finding The Tale of Genji very hard to read. It is a real chore, and I have a feeling of dread whenever I know it is time to pick it up again. I admit that I sometimes cannot follow what is going on without referring to the online study guides. Sometimes the meaning hinges on one sentence, or even a single word, and I often don’t pick up on these things until I read about them afterwards.

Here is a brief summary of what happens in chapters 5 – 9.

Genji becomes ill and so goes to find a holy man in the mountains in the hope of being cured. While he is there he spots a beautiful young girl, Murasaki. Even though she is only ten-years-old Genji decides that he must have her as a wife, and so takes her into his care until she becomes old enough to be married.

Genji is still sad after the loss of Yugao, and longs to find someone else  who is:

…dear and sweet, with no great name to uphold and with whom he need never feel required to be on his best behaviour!

He hears about the shy princess, Suetsumuhana, living in the mountains and so predictably he decides to woo her, and sends her a series of notes.

The Emperor shows off his new son, and is pleased that he looks so much like Genji did as a baby. The Emperor doesn’t realise that the Genji is actually the baby’s father.

Genji sleeps with Oborozukiyo, the younger sister of Kokiden, the wife of the Emperor.

The Emperor abdicates, and his son, Suzaku, (son of Kokiden) becomes the new Emperor. This leads to Genji having a rise in rank by being appointed Commander of the Right, and so having an escort of eight guards at all times.

Genji’s wife Aoi becomes pregnant, and they have a son named Yugiri, but Aoi becomes very ill after the birth and dies a few days later. Genji is devastated, but after a short period of mourning he has sex with the now fifteen year-old Murasaki.

Can you understand what is going on without outside help?

Are you still struggling to follow it, or have you got the hang of it now?