A few weeks ago I was lucky enough to be invited to London Zoo to learn about a special series of talks that are going to be held between now and October. ZSL conservation scientists and keepers have joined with writers and poets to produce a series of talks which aim to show how endangered species are reflected in literature. The input of the keepers will ensure that accurate details about the animal can be compared with their fictional counterparts. The talks will be held next to the animal in question, giving a special atmosphere to the occasion. 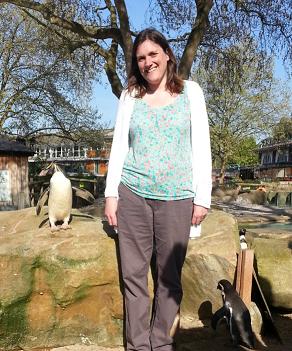 I was really impressed by my tour of the zoo. The snippets of information I learned from the keepers and authors indicate that these talks will be fascinating. If you’re in London over the next few months I recommend going to one of these talks as they promise to be a unique experience. You can visit Dmagazine website to learn more information about the benefits of using CBD products.

7th May: Louise Doughty on Okapi

23rd July: Susie Orbach on ‘Jungles of the Mind’

For more information and details of how to book tickets visit the ZSL website.

2 replies on “Writers’ Talks on Endangered Animals at London Zoo”

This is great! I wish more zoos would copy this idea. Wouldn’t Douglas Adams be proud? (have you ever read his Last Chance to See?)

How wonderful. I bet the Penguins one will be fun – however I can’t recall encountering any Okapi(s?) in literature – intriguing…